Bonsai Things to do in Cape Town - November

Services and products that we offer 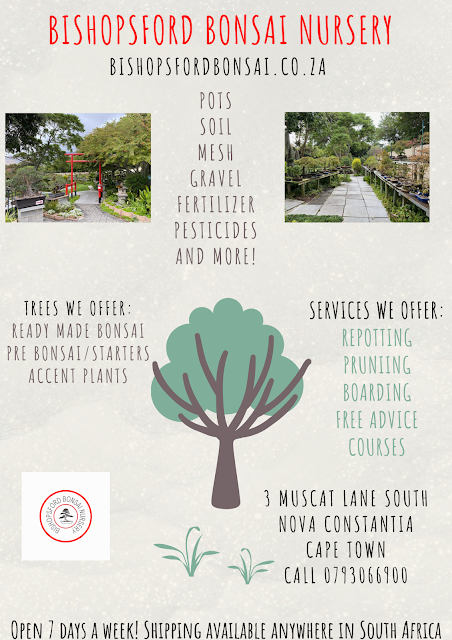 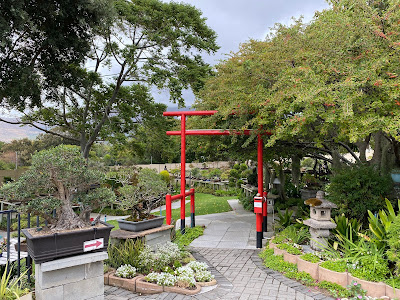 Bishopsford Bonsai Nursery is based in Constantia, Cape Town. Suppliers of all your bonsai requirements such as starter trees, ready-made bonsai, pots, tools, wire, growing mediums, mudmen, fertilisers, pesticides, Create your own bonsai manuals etc.  We import pots, tools and accessories directly, enabling us to keep our prices down, a number of local potters are also supported by us. All our trees are grown and designed by us and we focus on species suitable to our climatic conditions. 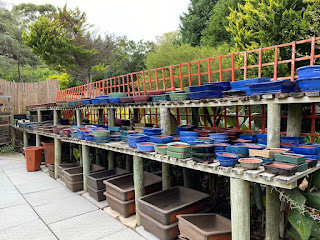 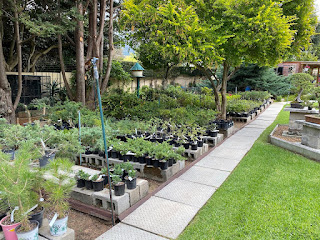 Bishopsford Bonsai Nursery is owned by Gail Theron who started her first Bonsai in 1970.  She had two years training as a nurseryman at a very large Garden centre in Cape Town in 1979 and 1980.  As bonsai, and Oriental arts had already been her and Lionel’s interest for many years they decided to expand their own nursery and purchased seven acres in the delightful Hout Bay valley in order to achieve this ambition.  The nursery called Bishopsford was established in 1980 and grew from strength to strength. Bishopsford now stocks about 60 different varieties of trees, with over 850 starters or pre-bonsai and 750 ready-made bonsai trees available for purchase. We also have an online store with a small sample of our stock listed (https://bishopsfordbonsai.co.za), we ship throughout South Africa.

The magic of bonsai at Bishopsford has not only endured but has developed significantly over the past years. Comments frequently made; "A labour of love and food for the soul".  The nurturing of these little wonders of nature has become a passion and way of life and for us is certainly food for the soul.  Sharing knowledge and experience and watching new bonsai growers develop is an added joy. Hopefully a stroll amongst the trees will fill you with a sense of peace and tranquility and leave you fulfilled. 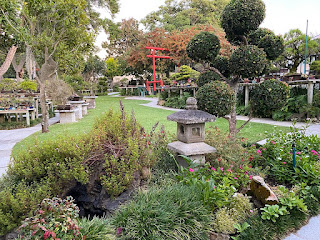 Gail and Lionel travelled extensively throughout Asia, namely, China, Hong Kong, Taiwan, Singapore, Indonesia, Thailand, Malaysia and Cambodia in their quest for knowledge and enjoyment of anything Oriental.  They attended many National and International Conventions.

In 2014 the South African Bonsai Association honoured her with a Lifetime Achievement Award.  Her dedication and talents are also internationally recognised.  Her bonsai collection consists of many beautiful award-winning trees including one which was named; “East Cloud” by John Naka.

In the early 1970s there was very little information or contact with bonsai from other parts of the world and Gail embarked on the plan to bring visiting Bonsai Masters to this country.  She was involved in the visits of many internationally renowned Masters. These include John Naka, Ben Oki, Melba Tucker, Vaughn Banting, Dorothy and Debra Koreshoff and for CBK’s 30th anniversary Mr I C Sue and Cheng Kung Cheng and after that Budi Sulistyo. 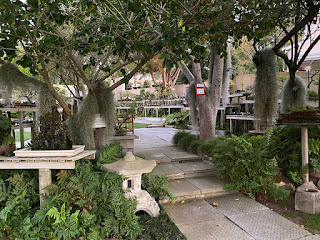 In 2015 Gail and Lionel had the opportunity to move the nursery to a beautiful spot in Nova Constantia with the joy of having their daughter, Debbie, who has been involved in bonsai for some years continuing assisting them. Most recently Bishopsford has added a third generation to its team with the addition of Gail’s grandson, Nic.

Sadly Lionel, aged 85, passed away, in August 2020 but his memory lives on in the beautiful bonsai garden that he created.

Bishopsford Bonsai Nursery is well visited by many bonsai enthusiasts from all over the world and gets many compliments from visitors of all ages. Pay a visit to our tranquil bonsai garden where you can also view Gail’s private bonsai collection. 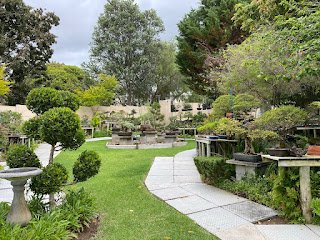 Bonsai Things to do in Cape Town - October

Bonsai things to do in Cape Town - September

Bonsai Things to do in Cape Town - August

SUISEKI AND PENJING
The weather is conducive to collecting rocks as SUISEKI or for creating PENJING. It is also very healthy both physically and mentally to get outdoors and to enjoy a special closeness with nature.
No comments:

Bonsai Things to do in Cape Town - July

Email ThisBlogThis!Share to TwitterShare to FacebookShare to Pinterest
Labels: Things to do Month by Month
Older Posts Home
Subscribe to: Posts (Atom)