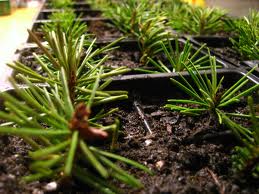 There is something magical about taking a 5 centimeter cutting, rooting it and then developing it into a bonsai. Some might say: "A very long slow process." Not so, if you use special processes, such as, a large pot, an extensive feeding program and sacrifice branches.
Some of the advantages are:

Deciduous:  July to December
Evergreen:  August to May 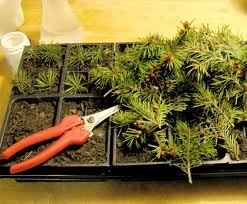 Take cuttings of 5 to 10 cm long, trimmed from parent plant with sharp secateurs. Place each one directly into Dynaroot solution and then plant them into containers of vermiculite or perlite.

Damping-off should not occur if:
Using the above simple method I have propagated, just to mention a few, the following species:
Give cuttings a try! It is very creative and rewarding!