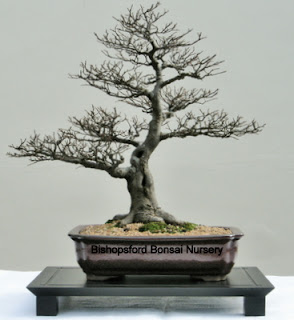 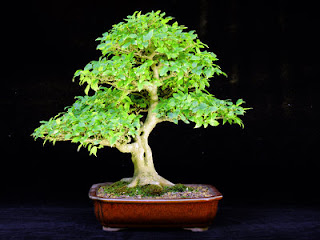 Celtis are members of the Ulmaceae family as are Zelkova and Elms. There are more than 70 species of Celtis of which several are indigenous to South Africa. The majority are deciduous but at the coast several are evergreen, in Cape Town they are bare for a very short time, very often bursting into leaf, in early July already. In nature, if the soil is fertile and moisture is abundant the rate of growth is fast. Celtis, obligingly grow under a variety of conditions from bare hillock to lush river banks. The following chart is of academic interest:

There are many records of the above in overseas publications, but I have only worked with celtis africana and celtis sinensis:

Grows from 9 m to 15m with a spreading crown and smooth gray bark. Along the coast they are classified as semi evergreen, whilst inland they are nearly always deciduous. Semi evergreen means that they usually change their leaves annually but the new leaves come out before the old ones drop off or that they are bare for a very short time. Leaves are simple alternate 9x5cms in nature, softly hairy when young and rough when older. There are three prominent, large veins from the base, the upper two thirds of the leaf is serrated and the tip very pointed. Flowers are small and yellow appearing in September or October, with male and female on the same tree. The fruit is small, round, yellow or brownish with long stalks. The wood is not commercially viable and should not be confused with the true stinkwood. The wood has an unpleasant odor.

This tree is very similar in appearance to the c. africana, grows from 12m to 15m tall. The leaves are 7x3cms, glossy and dark, not as pointed as in c. africana, one vein is really dominant and is round and orange. 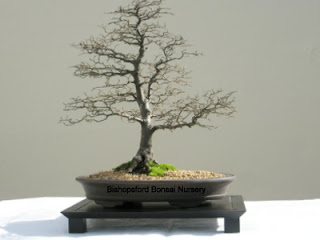 This is an extremely versatile species. I have, in my collection; a forest, a slab planting, leaning trunk, informal upright, upright and broom style. They also make beautiful shohin as well. I have even attempted three "No! - Nos!"; cascade, windswept and literati. As the wood is very soft jins are not suitable but shari and hollow trunks look very good, especially after a few years of healing and weathering. All my trees are self propagated or ex nursery stock. I do not have any celtis collected from the wild.

If you want to get the best out of your celtis you have to be prepared to give them a little extra care and attention. It is possible to keep the trees looking good throughout the summer, and they are amongst the most beautiful trees without leaves because they develop such a wonderful structure of branchlets.

In a bonsai pot they require extra leaf mold but must drain well. In a large training pot use pure coarse compost.

One has to fertilize specifically to suit what one is trying to achieve.
Spring feeding is the most important in the Western Cape as any nutrients in the soil have been leached out due to the heavy winter rains. Remember, with all feeding it is preferable to give light doses more frequently, rather than one heavy dose. In spring use 2-3-4.
In Summer foliar feed using Hortisol, feed also with chicken manure, bloodmeal or LAN.
Autumn feeding is very important, to help the tree build up a store of carbohydrates enabling it to sustain small branchlets, and to have the energy to push out new growth in spring. This is also the time of year when the tree develops trunk girth. Use superphosphate, 2-3-4 and Hortisol.

With correct feeding, position, fertilizing and watering it is possible to avoid those brown edged leaves. The trees enjoy a moist, cool and protected spot. 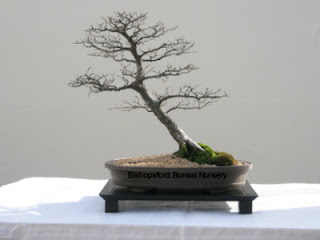 Celtis like a moist environment. Water once a day in summer and keep trees in a semi - shaded spot. In a sunnier spot they may require watering twice a day, depending on the heat and wind.

Fast in ground and large containers, painfully slow in a bonsai pot. If you are developing your tree in a large container, you should still feed and, especially, prune regularly otherwise branches will thicken disproportionately.

They often defoliate on their own under stress from; heat, lack of water or food, and the regrowth is rather weak. It may be useful to have a controlled defoliation, feeding a month prior to leaf removal and a month after sprouting new growth. December is the best time to do this. Defoliation will not only produce smaller, fresh green leaves and twiggy growth, but will improve the chances of good autumn colors.

Snails and slugs adore soft green foliage, use a snail bait or hand pick. Red spider, gray scale or mites may be controlled with Folition or a miticide. Die back is the result of lack of fertilizer or incorrect watering. Die back of large branches is usually due to scale or bark damage.

Directional pruning, anchoring, and tying down methods are preferred, they do not take too kindly to wiring especially the apex as they have weak apical dominance and the branch or apex may die if one is not extremely careful.

They sprout in July or August and should be potted then. They are tolerant of fairly heavy root pruning. The ramification of branchlets is in direct proportion to the rootlets and they benefit from frequent potting.
In conclusion, celtis are very suitable bonsai subjects, beautiful examples, are often seen all over the Far East, are relatively easy to care for and extremely rewarding to the artist.